This post was first published in TH!NK ABOUT IT site 12th February 2009.

The internal report shows that a project of World Bank in southern Albania led to the destruction and destitution of a powerless village Jale in 2007. The report, obtained last week by Balkan Insight , a publication run by investigative journalists in southeast Europe, also noted allegations of corruption and efforts at a cover up. The Bank has already announced the suspension of a loan for the project. World bank, the world’s largest and most influential anti-poverty institution and part of the U.N. system, is doling out $100 billion over the next three years for development projects. (Source BalkanInsight) As the case from my viewpoint is not unique exception it is maybe worth to analyze it a bit more.

The investigation by an inspection panel found that World Bank management failed to comply with its policies with respect to the design, appraisal and implementation of the project, harming the local people affected by it. The probe also found that WB assis

ted the demolition by pressuring local construction police to take action and by supplying them with equipment and aerial photos.

In addition to the project’s failure to comply with World Bank policies, the investigators noted allegations of corruption and complaints that the demolition of the Jale settlements was part of a bigger scheme to develop the area as a tourist resort.

In 2005 $18 million in WP financing was provided for a vaguely-worded $39 million “coastal zone management” project that would clean up the area’s shoreline, “strengthen governance” of the zone, “enhance cultural resources,” and “encourage community support for sustainable coastal zone management.”

The World Bank only agreed to the financing after its board of directors in Washington was first assured that the Albanian government, headed by socialist Prime Minister Sali Berisha, had reached an agreement on a “moratorium” on demolitions of the houses of the Jale residents.

That assurance came in the form of a critical sentence in what is known as a “project appraisal document” (or PAD). But the statement was false. No such deal had been struck.

On April 3, 2007, the villagers were notified that their houses would be demolished. They were given five days to appeal to a local court, 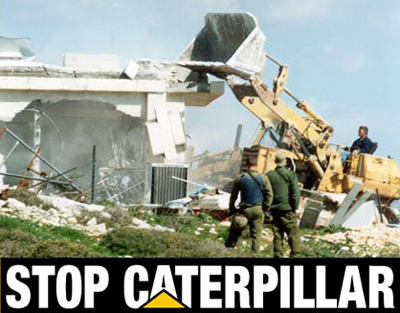 which they did, but the construction police did not wait for the hearing. According to the investigators, many of the dispossessed were told they should be happy, as the World Bank would soon be giving them better homes and lifestyles.

Since the World Bank board had been wrongly assured that there would be no demolitions without a formal agreement, there were, of course, no World Bank-financed homes on the horizon. (Moreover, the panel report notes, the bank has done nothing since the demolitions to assist the victims in any way.)

The bulldozing caused an immediate furore in the Albanian media and parliament if not in Washington with one politician after another arguing they were illegal under Albanian law.(As source I have used FOX News).

While never mentioned by name in any of the reports or memos, the Albanian responsible for coordinating the World Bank-financed project was Jamarber Malltezi, an official with the country’s Ministry of Public Works and the son-in-law of prime minister Berisha.

In March 2007, just weeks before Jale was demolished, Malltezi sent a letter to the head of the country’s “construction police” on the official letterhead of the Bank-financed project, according to the panel’s report discussing potential demolitions, “the importance of sustainable development” and the need for the police to act “as fast as possible.” Attached to the letter were two CDs with aerial photography financed with World Bank funds indicating the houses to be destroyed.

In addition to the project’s failure to comply with World Bank policies, the investigators noted allegations of corruption and complaints that the demolition of the Jale settlements was part of a bigger scheme to develop the area as a tourist resort.

The investigative panel also accused World Bank management of misrepresenting facts during the probe and hampering the investigation by withholding access to data, while it notes the unusual lack of recollection of facts and crucial events by staff. Investigators say that several WB staff members both in headquarters and on the field were “coached” to provide unusually consistent but factually incorrect or misleading information.

Managers at the World Bank provided false information to the agency’s board of directors about a project and then spent nearly two years trying to cover it up. But what is crystal clear are the attempts by bank officials to hide something. The panel’s report is filled with allegations of the bank obstructing investigators in their year-long probe in language highly unusual for a bureaucratic document. (Reference FOX News)

On 9th February 2009 Albanian Prime Minister Sali Berisha accused a World Bank investigative panel of being influenced by the Albanian mafia for their report on a controversial coastal management project that was used to demolish parts of a village and leave many families homeless.

“I express my contempt for the unscrupulous slander of the investigative panel in what they call an independent report, but which has been dictated by the Albanian land mafia,” said Berisha in a press conference on Sunday, adding that he had asked World Bank officials to probe the panel’s ties to organized crime. (Source BalkanInsight)

In a column in London’s Financial Times on 25 January 2009, WB president Robert Zoellick called for an “Age of Responsibility” that would include developed countries giving nearly 1 percent of their economic stimulus packages to the world’s poor.

“The World Bank could manage the distribution of the cash with the United Nations and the regional development banks,” he wrote. “We could use existing mechanisms to deliver the funds fast and flexibly, backed by monitoring and safeguards so the money is well spent.”

And the World Bank’s board? It will meet February 17 to discuss the panel’s report and management’s official response to it.

World Bank is only one donor in Balkans the big one is European Union and it also has its share of problems . Couple of months ago I wrote an article “Squandering Kosovo’s Aid Funds” referring

information made in public in German daily Die Welt on 18 December 2008. The core message was that a big part of EU Aid for reconstruction projects of Kosovo has been wasted due criminal activities, corruption, frauds and mismanagement. As base of the claim were the investigations conducted by the EU Anti Fraud Office (OLAF), UN investigators and the Italian Financial Police. More than 50 cases of financial embezzlement was found – most of them in energy sector. In twelve of these cases there is proof of criminal liability.

While most of the 2.3 billion Euros invested in the reconstruction of Kosovo since 1999, after the NATO bombing of Serbia, has disappeared without a trace and when it is expected that by 2011 the EU will throw Kosovo another one billion euro it could be clever to spare a minute for quality-planning and future management.

Unfortunately I do not believe that the case I have described is unique in Balkans or universally with development projects by big donors. From project management point of view I like to highlight following aspects:

The biggest mismanagement or misuse of Aid money is not according my opinion local criminal activities. The strategic error has made in international level by not knowing the demands on the ground, not adjusting ideas and plans according local needs or the moment of Aid delivery, using indefinite mixture of emergency relief and long term planning, lack of simple and unambiguous development strategy and strategic leadership.

The strategic error is to use Aid funds only in a right way, not to right purposes. The fatal crime will be if international community does not correct earlier errors and practices at strategic level – only after that one can demand smoothly flowing project at local level.

ari rusila
Bookmark this on Delicious