This post was first published in TH!NK ABOUT IT site 25th February 2009.

Parliament is a venerable name of democratic institution, one could even suppose that its members are doing some worthy job and decisions there. However a couple of examples from last week again showed where the real power is. 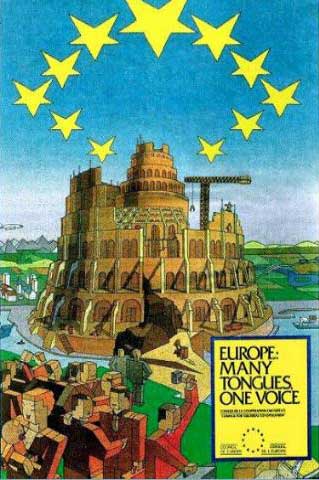 The meeting in the German capital on Sunday, Feb. 22, was designed to forge a common EU response to the global financial crisis ahead of a G20 summit in London on April 2. The talks, called by Germany’s Chancellor Angela Merkel, were attended by the leaders of France, Britain, Spain, Italy, the Netherlands, Luxembourg and the Czech Republic, the holder of the rotating EU presidency.

When it’s a question about issue with great importance EU’s inner core is ready to make decisions – the rest of member-states can only follow. According Sweden’s Carl Bildt “six to eight” EU countries had complained about being left out of the decision-making loop. “I must admit I’m extremely worried about the EU’s institutional chaos,” Finnish Foreign Minister Alexander Stubb said on Monday after regular talks in Brussels with his EU counterparts. “Never in the EU’s history has there been a period like this with so many cliques.”

If the inner circle decided about response to the financial crisis the second circle – EU’s 27 FMs – was also working with significant topic. On 28 January, the European Commission proposed to reallocate five billion euro of unspent EU money, mostly to support clean coal projects, offshore wind farms and the deployment of broadband Internet connections in rural areas. However the blocks foreign ministers failed to agree on this European Commission proposal. The reason was unequal distribution of projects. Probably new deal will be made with more equal base and forgetting the common needs and quality planning of projects.

Forgetting EU’s organogram as illusion and speaking reality one can easily find different decision making practices in EU depending about importance of issue. Most important core group is cooperation between France and Germany sometimes adding UK to group. Feb. 22 meeting was example about ad hock planning body while FMs meeting Feb 23 represents the regular decision making.

Commission of course has great de facto power not only on implementation level but also designing proposals handled in EUs inner cores; the same can be said about bureaucrats in national ministries who are designing policies decided EU meetings at summit/ministry levels.

There is amazing similarity in decision making between EU and ex-Soviet Union. USSR had also some “democratic” institutions like parliament and government, but the real power was in party machine and its “politburo”.

So where is this leaving European Parliament? It may handle some energy bulb level issues but honestly the whole institution seems to be unnecessary creation only to keep some democratic illusion on show. As EU citizens are not so stupid to keep his institution more than a puppet theatre they show their attitude by low turnout percentage.

EP is practical place to locate some second class politicians for retirement or out to not make any mess in national policy. They also can show good places to get fresh mussels while voters are visiting in EP as their quests. Designing EU policy happens anyway somewhere else.

More my views in my Archives:Blog!