I just read the article “Kosovo a Year Later” of Mr. Bandow in “The American Spectator” and must say it was very refreshing; it challenges the manipulated picture created earlier in mainstream western media and of course is provocative to those who believed earlier stories. Recently I have found that Mr. Bandow’s thoughts are not so rare in U.S. (neo)conservative circles.

Doug Bandow is a senior fellow at the Cato Institute. He is also a fellow at the Institute for Policy Innovation. A former Special Assistant to President Ronald Reagan, he is the author of Foreign Follies: America’s New Global Empire (Xulon Press). Here some highlights of his article (original here):

The U.S. should have ignored the conflict, but President Bill Clinton saw the Balkans as an opportunity to turn U.S. foreign policy into a form of international social work, as Michael Mandelbaum of SAIS termed it. Once NATO drove Serbian security forces from Kosovo, the final disposition of the territory was obvious. Although UN Resolution 1244 assumed continued Serbian sovereignty over Kosovo, providing for “a political process designed to determine Kosovo’s future status,” the allies never intended serious negotiations. Rather, ethnic Albanians understood that independence would be the final result. Negotiations were simply for show to disguise Serbia’s expected surrender.

Compromises were possible — overlapping EU, Kosovo, and Serbian citizenship and partition north of the Ibar River were two leading candidates — which might have won grudging agreement on both sides. No one would have been happy with the result, but both sides could have acquiesced. 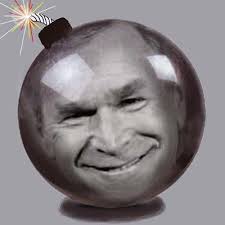 But what was supposed to be a pleasant bit of Kabuki theater, with everyone playing their assigned role to reach the predetermined outcome, quickly fell apart. Both the Serbs and Russians balked. Washington and like-minded European states eventually decided to make another end-run around the United Nations (which had not authorized NATO’s aggressive war in 1999) and back Kosovo’s unilateral independence.

The current number of recognitions is 55, only a few more than which recognize the Western Sahara (claimed by Morocco). Washington’s claim that Kosovo’s status is “unique” and thus not a precedent is too self-serving to take seriously. Serbia vows continued resistance and Russia insists that Kosovo will never join the UN. If the World Court rules for Belgrade, some nations might even reverse their recognitions of Pristina.

Returning to the status quo in Kosovo might not be a viable option, but neither is pretending that Kosovo’s independence claim has yielded regional stability. The U.S. and EU could still convene a conference, harkening back to the Congress of Berlin and similar international gatherings, to conduct genuine negotiations with the goal of achieving an acceptable compromise. Otherwise, Kosovo’s declaration of independence is likely to prove to be just another step in continuing regional strife.

U.S. selected its side against Serbs in Bosnia mid-90s and later in Kosovo. With trade came the allies of terrorist organisations, war criminals and leaders of organized crime groups. The final result so far is a creature of quasi-state Bosnia-Herzegovina – which now is collapsing (more http://arirusila.wordpress.com/2008/10/30/bosnia-collapsing/) – and a new”captured” or “failed” state experiment Kosovo. As side effects U.S. has helped to establish a safe heaven for radical Islam – which now is conquering influence among earlier secular Bosniaks and Kosovo Albanians, which now is arming themselves to attack towards their Christian neighbours inside their occupied territories and abroad (More e.g. here)

High flown ideas about multi-ethnic societies in Bosnia-Herzegovina and Kosovo have failed long time ago. (More e.g. in my article”Pogrom with Prize“)

In Kosovo first idea of international community was to develop standards before status. This slogan was fast turned into “standards and status” and when even this goal was too demanding standards were thrown into garbage bin when the Western powers implemented their precipitate decision to recognize Kosovo.

It is promising that nowadays the other side of story is spreading also in U.S. If the new Obama administration will make a pragmatic as well justified change to former Balkan policy it can help to solve today’s confrontations. I hope this will realize sooner than later.