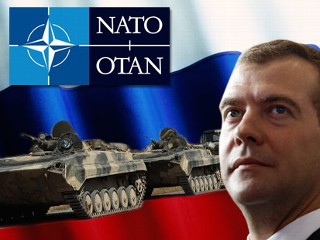 In a speech he delivered in Berlin last June, Medvedev suggested that an “all-European summit” be convened to draft a new security arrangement to govern relations between Russia and the Euro-Atlantic community. He indicated that the new pact should attempt to build on the 1975 Helsinki Final Act. If final product, under Medvedev’s scenario, would be a “Helsinki Plus” agreement that created new guidelines for inter-state relations. 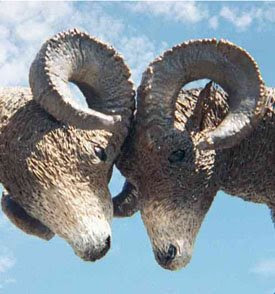 At the time of Medvedev’s Berlin speech, ties between Russia and the West had already been damaged by NATO’s continued eastward expansion, Washington’s missile defence plans, Moscow’s decision to suspend its participation to the 1990 Conventional Armed Forces in Europe (CFE) Treaty, and Kosovo’s unilateral declaration of independence. The August 2008 Russian-Georgian war and the subsequent Russian-Ukrainian natural gas dispute further strained those relations.

Recalling that 2010 will mark the 35th anniversary of the signing of the Helsinki Final Act, the President said the future treaty on European Security should be seen a ‘Helsinki plus’ treaty. It should be viewed as the confirmation, continuation and effective implementation of the principles and instruments born out of the Helsinki process, but adapted to the end of ideological confrontation and the emergence of new subjects of international law.

Medvedev also repeated Russia’s call for a new security pact to replace NATO, an idea that initially got a cool response when first broached at the Organization for Security and Cooperation in Europe’s (OSCE) meeting in Helsinki in December. Russia has said NATO is a Cold War relic. It wants a legally binding pact enshrining arms control, a commitment not to use force, and guarantees that no single state or group of states can take a dominant role in the continent’s security.

Russia is inviting all states and organizations operating on the European continent to work together to come up with coherent, up-to-date and, most importantly, effective rules of the game. For this work neither NATO nor the EU seems fully appropriate, because there are countries that do not belong to either. The same applies to organizations such as the CIS or CSTO. It could take place at a summit of the OSCE but of course in Russia’s view there is a problem with the OSCE as well. According Russia the OSCE has focussed on solving partial, sometimes even peripheral security issues, and this is not enough. Therefore, Russia proposes another forum which could lead to a productive dialogue among all parties without exception.

The Russian President said the new Euro-Atlantic treaty should replace the imperfect arrangements that are and create an undivided security area encompassing the hemispheric band from Vancouver to Vladivostok. The basic principles in the treaty are compliance with international law, respect of sovereignty, control of arsenals, renunciation of force and resolution of conflicts through peaceful talks.

Same day when Medvedev made his key note speech, Russia made public their “Conceptual Approach to the New Legal Framework for Energy Cooperation (Goals and Principles). Russia gave the documents to G8, G20, CIS countries, international organisations, and our neighbouring countries. The conceptual approaches to a new legal base in international energy cooperation consists of three sections, which are

According Russia it would be advisable to elaborate a new universal international legally binding instrument, which, unlike the existing Energy Charter-based system, would include all major energy-producing (exporting) countries, countries of transit, and energy consumers (importers) as its Parties and cover all aspects of global energy cooperation. The new framework would according Russia create transparency of all international energy market segments production/export, transit, consumption/import.

The core question for further development of Russia’s security initiative is from which platform start the process. There has been and is different scenarios about this.

USA‘s long-standing preference for NATO as the transatlantic institution of choice has several explanations. The Alliance has been successful — at least until Afghanistan — and it helped the West win the Cold War without firing a shot. NATO’s job, as British Secretary-General Lord Ismay famously put it in 1967, was “to keep the Russians out, the Americans in, and the Germans down.” But rather than close up shop with mission accomplished in the early 1990s, the 1949-founded pact sought to find a new purpose.

Then there is the proposal to open NATO to Russia. The Russians favored this option throughout the 1990s and even during Putin’s first term in office; today this option seems quite unrealistic.

Yet another option is to resuscitate the Organization of Security and Cooperation in Europe (OSCE) and turn it into a real pan-European security organization. This was one of the ideas back in 1990, when the OSCE (then the CSCE) was still connected with the spirit of the Helsinki process. This is no longer the case. Through neglect and infighting, the OSCE has fallen into tragic disrepair.

EU is a bit question mark as leader of this project. Even if the Lisbon Treaty is ratified this year — a prerequisite for serious EU security policies — the European Union will still need to prove that it can act effectively in the face of crisis.

Did Russia’s so-called Helsinki-plus initiative take a step forward in Helsinki, or not? Finland’s chairmanship of the OSCE and the OSCE meeting that was held in Helsinki in December last year stuck closely to the line that the current structures are a good basis for agreement on European security issues.

Despite recent improvements in Russia-EU and Russia-NATO relations, Georgia, Ukraine, the three Baltic States and most Central and Eastern European countries — all states that view NATO as the main pillar of Europe’s security — remain either openly hostile to, or extremely wary of the Russian security proposal.

According Russia the proposals would be discussed at a prospective summit forum in Helsinki, to be called “Helsinki-plus”. One summit is however only a tiny part of realization. When the Heads of State and Government of the CSCE met in Helsinki in 1975, the participating States had held more than 2400 meetings in Geneva, and deliberated on 4,660 proposals. So a new pact will require careful work and time.

Since 1975 the map of Europe has changed a lot, the same occurred to problems which today are more complicated and having various global aspects and local variants. From my point of view the international organizations managing security, economical and energy issues have not necessary developed with same scale – some updated structure could be suitable.

Two last decades have been giving many bad practices which – if copied – can make Europe with surrounding regions more unsecure. I think that now it is time at least discuss about lessons learned, develop and copy better practices. Will the outcome be a new structure or updated old one shall be seen but even more important is to start process itself.

“Could EU lead the 3rd Way out from Confrontation?”

“Powerplay behind the New Cold War”

“EU as a Mediator”

Bookmark this on Delicious