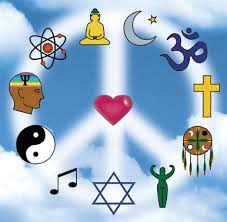 The results of the Global Peace Index for 2009 suggest that the world has become slightly less peaceful in the past year, which appears to reflect the intensification of violent conflict in some countries and the effects of both the rapidly rising food and fuel prices early in 2008 and the dramatic global economic downturn in the final quarter of the year. Total 144 countries was analysed in 2009.

The Global Peace Index (GPI) is implemented by organization called Vision of Humanity, which groups together a number of interrelated initiatives focused on global peace. As its mission Visions of Humanity Org.brings a strategic approach to raising the world’s attention and awareness around the importance of peacefulness to humanity’s survival in the 21st century.

Twenty-three indicators of the existence or absence of peace were chosen by the panel of experts, which are divided into three broad categories: measures of ongoing domestic and international conflict, measures of safety and security in society and measures of militarization. Measures of ongoing conflicts include e.g. number of external and internal conflicts, estimated number of deaths from organized conflict (external/internal), level of organized conflict (internal) and relations with neighbouring countries.

With these reservations I however find GPI both interesting and useful and anyway I haven’t seen any better global survey.

To the table below I have collected the GPI rankings for the Balkans and Black Sea region countries analysed in 2009. In addition I have included to table also top-3 and worst-3 countries, the BRIC countries and USA. Rankings for the mentioned countries analysed in 2007 are also included for comparison. Countries most at peace are ranked first. A lower score indicates a more peaceful country. My source – Vision of Humanity Org: GPI results – , full list of 144 countries, methodoly and other explanations can be found from here!

Some developments in Balkans and Black Sea region

If compared the developments between 2007 and 2009 few highlights could be mentioned: Peaceful societies are characterized as countries with the Following: Social Structures

The Drivers of Peace and Violence

As separate analysis a further statistical analysis was conducted to understand better the structure of peace. As causes of peace the rechearcers studied some 40 different potential factors – or “drivers” of peace and some notable findings were following:

Statistical approach shows some suprising phenomen such as free and fair elections can increase the likelihood of violence. The researchers explain this to be possible if a well functioning government is lacking and the drivers of peace are absent.

Second surprise to me at least was a finding that for some nations a high GPD income provides the state with the tools of conflict such as weapons, large security apparatuses and military forces. However if the economic indicators of nation’s wealth are relatively evenly distributed, e.g. through educations and health, the society will be more peaceful.

Global challenges, such as clima change, decreasing biodiversity, lack of fresh water and overpopulation, call for global solutions and these solutions will require co-operation on a global scale unparalleled in history. Peace is the essential prerequisite because without it the level of needed co-operation, inclusiveness and social equity necessary to solve these challenges will not be achieved.

More my views one may find from my BalkanBlog!