Peace is the essential prerequisite to solve global challenges, such as climate change, decreasing biodiversity, lack of fresh water and overpopulation. The organization Vision of Humanity published its fourth edition of the Global Peace Index (GPI) and in this article I cover peace rankings in Balkans and Eastwards based of new report.

The Global Peace Index (GPI) is implemented by organization called Vision of Humanity, which groups together a number of interrelated initiatives focused on global peace. As its mission Visions of Humanity brings a strategic approach to raising the world’s attention and awareness around the importance of peacefulness to humanity’s survival in the 21st century. Now on May Vision of Humanity published its fourth edition of the Global Peace Index (GPI). It has been expanded to rank 149 independent states and updated with the latest-available figures and information for 2008-09.

The index is composed of 23 qualitative and quantitative indicators from respected sources, which combine internal and external factors, such as violent crime, political stability and military expenditure, correlated against a number of social development indicators such as corruption, freedom of the press, respect for human rights and school enrolment rates and relations with neighbouring countries. These indicators were selected by an international panel of academics, business people, philanthropists and members of peace institutions.

With these reservations I however find GPI both interesting and useful and anyway I haven’t seen any better global survey.

To the table below I have collected the GPI rankings from the Balkans and Eastwards on countries analysed in 2010 report. In addition I have included to table also top-3 and worst-3 countries, the BRIC countries and USA. Besides 2010 ranking I show also rankings in 2009, 2008 and 2007 reports to see trend during last years as this may help to track when and how some countries become more or less peaceful. Countries most at peace are ranked first. A lower score indicates a more peaceful country. My source – Vision of Humanity Org, GPI results, full list of 149 countries, methodology and other explanations and scores per country/indicator can be found from here!

Central and Eastern Europe remains, on average, the third most peaceful region, after North America. The recent members of the European Union are ranked highest, with Slovenia leading the way in 11th place. Non-EU countries in the Balkans are ranked between 60th and 90th in the 2010 GPI and nations in the Caucasus and Central Asia occupy the lower reaches of the index, as before. Croatia also fared well, with a robust score increase and a rise of eight places to 41st position, amid growing political stability and improved relations with neighbouring countries as it closed in on accession to the EU. Romania’s score also deteriorated sharply and it dropped 14 places in the overall ranking. Particularly large score rises for Russia and Georgia, which were embroiled in conflict in 2008. Serbia and Montenegro were covered earlier as the state and the scores of Serbia does not include Kosovo province as figures from there were not available.

• Respectful of human rights and tolerance

• High levels of freedom of information

These qualities act as a facilitator making it easier for people to produce, businesses to sell, entrepreneurs and scientists to innovate and governments to regulate. A detailed review of these qualities is contained in discussion paper.

Peace has also its monetary value in terms of business growth and economic development. The index authors estimate that the total economic impact of an end to violence could have been US$28.2tr between 2006 and 2009. A 25% reduction in global violence would add an annual $1.85tr to the global economy. If an improvement of 25% in global peacefulness could have been achieved in 2009 then this would have unleashed $1.2 trillion in additional economic activity. (Source: Peace, Wealth and Human Potential)

However also war has its monetary value and in short term business – especially inside military-industrial-complex – world the profits from war can be more attracting than those from peace. In my previous article “Peacemaking – How about solving Conflicts too?”.

I described situation as follows: 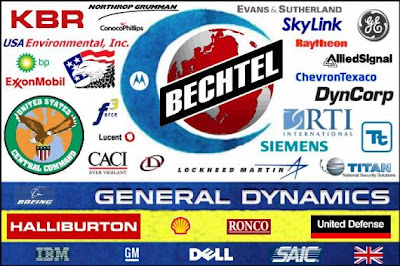 Global military industrial consumption per year is 1.5 trillion U.S. dollars, representing a few percent of GDP and still rising. U.S. share of the cake is about 40% to the current year, 664 billion dollars. This is a good comparison of the UN budget (27 billion), which is a sum of nearly three per cent of its Member States on military expenditure. UN’s “Millennium Development Goals” are dreaming 135 billion per year, this one only a fraction of military spending.

An other comparison (dollars / year): the world’s military spending 1.2 trillion, the OECD Development 106 billion, Peace work 6 billion and 0.6 billion of conflict prevention. The international community is now willing to invest 200 times more to the war than peace. Peace Research, could help prevent conflicts, but to kill the development of tools is much more lucrative. Against one peace researcher, is estimated to be more than 1100 researcher for weapon (and their use) developers.

Global challenges, such as climate change, decreasing biodiversity, lack of fresh water and overpopulation, call for global solutions and these solutions will require co-operation on a global scale unparalleled in history. Peace is the essential prerequisite because without it the level of needed co-operation, inclusiveness and social equity necessary to solve these challenges will not be achieved. The big challenge at global, regional and state level is to strengthen factors – or “drivers” of peace in social structures and attitudes.

More my articles one may find from my BalkanBlog!