With the recently launched Palestinian-Israeli peace talks receding into a state of limbo and while Yemen is slowly disappearing from headlines a smaller stories from the Middle East are going on in the marginals of western mainstream media. However these some times crueler actions may change situation on the ground even more than high level official diplomacy.

News from peace talks too often are limited to photo opportunity to see negotiators and host making theatrical handshake – of course studying the outcome of talks one has some base to claim that this staging indeed was the (only) content of meeting. However outside cabinets in theatre of operations actions are following one another although they are not dominating front pages of mainstream media. Here I have collected some fragments of information flow from first part of November.

A missile fired from an American warship in the Mediterranean hit the car in which Muhammad Jamal A-Namnam, 27, was driving in the heart of

Gaza City Wednesday, Nov. 3 and killed him. Namnam was an operational commander of the Army of Islam, Al-Qaeda’s Palestinian cell in the Gaza Strip. He was on a mission on behalf of Al Qaeda in the Arabian Peninsula – AQAP to plan, organize and execute the next wave of terrorist attacks on US targets after last week’s air package bomb plot. The Al Qaeda operative’s death by a US missile is the first American targeted assassination in the Gaza Strip against an Al Qaeda target. Up until now, US missions of this kind took place in Iraq, Yemen and Somalia. (Source: DEBKAfile)

U.S. Secretary of State Hillary Rodham Clinton announced Wednesday that $150 million dollars in direct aid was being transferred to the Palestinian Authority. The latest U.S. aid brings the amount of direct funding for 2010 to $225 million and total assistance to the Palestinian Authority including that through third parties to $600 million, Clinton said. Same time the U.S. government is to move an additional $400 million worth of military equipment to emergency storage in Israel over the next two years. Equipment to stand at Israel’s disposal in an emergency; hike will bring the value of American military equipment stockpiled in Israel to $1.2 billion by 2012. (Source: Haarez)

Other side of refugee issue

Speaking about refugees in the Middle-East a new initiative promoted by the Foreign Ministry calls on Palestinians to “recognize Jews who exiled from Arab lands as refugees.” According to the initial outline of the plan, Israelis hailing from Arab countries will be eligible to demand financial compensation for the property they left behind. “We must remember that more than 850,000 Israelis came from Arab lands without any property, and therefore they are considered refugees. It is definitely an issue that must be raised during our negotiations on a permanent agreement,” said Deputy Defense Minister Danny Ayalon. (Source: Ynetnews) 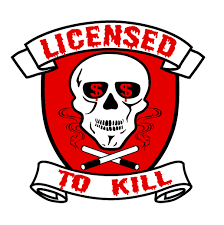 Lawyers for the Barack Obama administration told a federal judge Monday that the U.S. government has authority to kill U.S. citizens whom the executive branch has unilaterally determined pose a threat to national security. That claim came in federal court in Washington, D.C. in response to a lawsuit brought by the American Civil Liberties Union (ACLU) and the Center for Constitutional Rights (CCR). The two human rights legal advocacy organisations contend that the administration’s so-called “targeted killing authority” violates the constitution and international law. The ACLU and the CCR were retained by Nasser Al-Aulaqi to bring a lawsuit in connection with the government’s decision to authorise the targeted killing of his son, Anwar Al- Aulaqi. (Source: Obama Lawyers Defend “Kill Lists” By William Fisher).

These “democratic” western values are not so unknown to Yemeni as a Yemeni judge ordered police Saturday to find a radical US-born cleric – Anwar al-Aulaqi – “dead or alive” after the al-Qaida-linked preacher failed to appear at his trial for his role in the killing of foreigners. (Source. Jerusalem Post/AP)

US Predator UAVs now in Yemen – the drone war is expanding 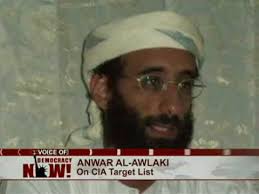 Targetted killing of Anwar al-Aulaqi is coming easier now. In the first week of November, directly after the discovery of two explosive parcels mailed from Yemen to the United States, Washington moved a squadron of Predator drones to a secret base at the Yemeni Red Sea port of Al Hodaydah. Until now, the covert facility – finished in April on a site CIA director Leon Panetta has selected last January – was allotted to US Joint Special Operations Command (JSOC) units for mounting clandestine raids against Al Qaeda cells deep inside Yemen.

Yemen has so far claimed that the war on Al Qaeda is carried out exclusively by the Yemeni army, however for some time now, US warplanes and drones have been crisscrossing Yemeni skies from their bases in Djibouti and the decks of aircraft carriers offshore. Officials in Sanaa have habitually claimed those sorties were the work of the Yemeni air force, although it has neither the aircraft nor the air crews able to conduct these precision attacks. DEBKAfile‘s Middle East sources note that it is the first time in seven years that US air strike forces are stationed on Arabian Peninsula soil. In 2003, the American Air force dismantled its Saudi base and withdrew to Qatar and Oman.

In Washington there is debate going on whether the drone war should be conducted by the U.S. military or the CIA. Both the CIA covert operations directorate and U.S. Special Operations Forces (SOF) brass regard the outcome in Yemen as the key to the larger struggle over control of a series of covert wars that the Obama administration approved in principle last year. The CIA directorate and the two major figures in the Iraq- Afghanistan wars, Gen. David Petraeus and Gen. Stanley A. McChrystal, lobbied Obama in 2009 to expand covert operations against al Qaeda to a dozen countries in the Middle East, the Horn of Africa and Central Asia. On Dec. 17, less than three months after the Petraeus order, a cruise missile was launched against what was supposed to have been an al Qaeda training camp in Abyan province in south Yemen. The Yemeni parliament found that it had killed 41 members of two families, including 17 women and 23 children. After this and later strikes and when JSOC stumbled badly and failed to generate usable intelligence on al Qaeda targets, the CIA went on the offensive to get the administration to take control of the drones away from the SOF. (Source: DEBKAfile and IPS)

At a special White House security consultation last week, Obama said it was time to plant America’s military option against the Iranian nuclear threat visibly and tangibly under the noses of Iran’s political and military decision-makers. In the last few days, three aircraft carriers, four nuclear submarines and marine assault units have piled up opposite Iranian shores. Early Sunday, the influential Senator Lindsey Graham (R. South Carolina), member of the Armed Services and Homeland Defense committees, said: “The US should consider sinking the Iranian navy, destroying its air force and delivering a decisive blow to the Revolutionary Guards.”As part of this strategy, two weeks ago, the White House requested the heads of NATO to draw up operational plans for attacking Iran’s nuclear and military facilities.

A further round of conciliation talks between PLO/Fatah and Hamas broke up in Damascus Wednesday, Nov. 10, without accord. The Fatah delegation insisted that the Palestinian Authority headed by Mahmoud Abbas be the sole sovereign authority for all security services in both territories, Hamas didn’t agree. This dispute will decisively influence the US-sponsored talks between Israel and the Palestinians – if they ever take off. It means that the only accommodation attainable would be, at best, a partial one covering only the West Bank.

Same time the Hamas government’s deputy foreign minister Dr. Ahmed Yousef is actively campaigning for the Gaza regime to form a strategic partnership with Iran on the same lines as the Iranian-Syrian-Hizballah alliance. He also invited Iranian President Mahmoud Ahmadinejad to visit Gaza. Close ties between Gaza and Tehran will bolster the Palestinian extremists’ military and intelligence ties with Damascus and Hizballah. This will in turn boost the bloc led by Iran and Syria and add to its leverage for derailing any fence-building moves between the feuding Hamas and Mahmoud Abbas’s Fatah and perpetuate the division between the two Palestinian entities – one in Gaza and the other on the West Bank. This stronger alliance may also threaten the stability of Jordan, where already Hamas-Damascus controls the local Muslim Brotherhood branch.

The evolving partnership between Hamas and Iran and its negative impact on the prospect of an Israel-Palestinian peace may be the key determinant of the impasse between Israel and the Palestinians in recent weeks – not, as claimed in Washington and Jerusalem, the row which has sprung up over 1,300 new Israeli apartments in old-established East Jerusalem suburbs. (Source: DEBKAfile) 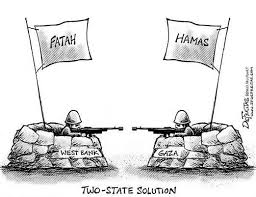 Will (East) Jerusalem be the End of Two-State Illusion?

“Placebo effect for people and society with 20 bn bucks”