Syria: From War To Dissolution With Help Of Media

”What are some irrelevant Syrian lives in the grand scheme of things, when the status quo’s wealth must be preserved at all costs.” (Opinion in web forums)

The Syrian opposition on has accused the government of launching a chemical weapons attack in the Damascus suburbs that killed large numbers of civilians as they slept and packed makeshift hospitals with hundreds of victims convulsing and gasping for breath. Photographs and videos posted online showed the bodies of men, women and children, many appearing to be dead, without visible wounds. Varying opposition claims put the death toll in the hundreds, with some saying it was more than a thousand.

While the public is shocked about news the Pentagon is making the initial preparations for a Cruise missile attack to punish Al-Assad regime. So has the “free and democratic world” forgotten the Iraq WMD disinformation campaign? In my opinion they should think twice as the right address might be Qatar-funded mercenaries led by Al Qaeda.

Most people think the horrendous news they watch on TV, read in the newspapers or hear on the radio is real. It is not as the question is more about media-war than neutral unbiased newscast.

One should again remember that in the Middle East there is a medi-awar ongoing. Some examples from recent shows:

a) The shooting session of the fake photos in Egypt: A part of film can be seen also via this link or this youtube

b) Video of MB sit-in where the dead bodies in their coffin wrappings were being dragged out of the ice tanks to the center of the sit-in, minutes before the Police raid:

d) Related to Syria it was the rebels who use chemical weapons and Jihadists, not Assad, apparently behind reported chemical attack in Syria.

There is a tendency for the concept to be invoked in the heat of action, giving the appearance of propriety for Western television viewers, but that it neglects the conflicts that are forgotten by the media or occur based on chronic distresses than sudden crises. For example the US launched two military campaigns against Serbia while ignoring real and more widespread slaughter in Rwanda .

The pattern of U.S. collaboration with Muslim fundamentalists against more secular enemies is not new. In the 1980s Washington’s secret services had assisted Saddam Hussein in his war against Iran. Then, in 1990, the US fought him in the Gulf. n both Afghanistan and the Gulf, the Pentagon had incurred debts to Islamist groups and their Middle Eastern sponsors. By 93 these groups, many supported by Iran and Saudi Arabia, were anxious to help Bosnian Muslims fighting in the former Yugoslavia and called in their debts with the Americans. Bill Clinton and the Pentagon were keen to be seen as creditworthy and repaid in the form of an Iran-Contra style operation – in flagrant violation of the UN Security Council arms embargo against all combatants in the former Yugoslavia. One could add that Ayman al-Zawahiri, later the leader of al Qaeda, came to America to raise funds in Silicon Valley for Bosnian jihadists.in 1993, Mr. bin Laden had appointed Sheik Ayman Al-Zawahiri, to direct his operations in the Balkans.

Unfortunately, history is repeating. From my point of view it remains to see if this newest U.S. clandestine recycling operation has better success that earlier in Balkans, Afghanistan, Iraq, Libya … I doubt. More in U.S. Recycles Its Old Balkan Practice With Syria .

”We can do this with no boots on the ground, from stand-off distances” (US dream)

Chairman of the US Joint Chiefs Martin Dempsey, may have made the case. In a letter to Congressman Elliot Engel, Dempsey said the American military is clearly capable of taking out the Syrian air force. He wouldn’t do it because it would “offer no strategy for peace,” he wrote. “is a deeply rooted, long-term conflict among multiple factions, and violent struggles for power will continue after Assad’s rule ends. We should evaluate the effectiveness of limited military options in this context.” (Source: American Thinker )

Centcom’s Forward Command in Jordan is manned by 273 US officers. This underground facility near Amman is linked to US, Israel, Jordanian and Saudi Air Force commands ready for an order from President Barack Obama to impose planned air-strike as well a partial no-fly zone over Syria. There are today some 1,000 US military personnel in the Hashemite Kingdom, plus a squadron of F-16 fighters and several Patriot anti-missile batteries strung along the Jordanian-Syrian border to shield Jordanian and American bases and the capital, Amman. Obama’s final decision on a no fly and a buffer zone in Syria is expected in the coming two to three weeks.

Arming rebels and pushing for military intervention will not solve the problem Syria is facing but indeed could lead to the death of thousands of Syrians and to the breaking-up of the country falling under the control of violent fundamentalist Jihadist forces. It will mean the further fleeing of Syrians into surrounding countries which will themselves become destabilised. The entire Middle East will then become unstable and violence will spiral out of control.

Anyway if USA decides to bomb Syria wouldn’t the right address be Qatar-funded mercenaries led by Al Qaeda instead of the Assad regime.

Russia as a peacemaker?

While Obama/US is now in the corner with his ”red lines” Russia has became more reliable player in the Middle East as it is emerging:

? as a vocal defender of Christianity against Muslim persecution around the world;

? as a plausible peacemaker in the Middle East, with far better relationships with Israel, Saudi Arabia, Egypt, and Syria than America has today;

? as the monopoly natural gas supplier for Germany, with the consent of the Franco-German axis;

? as the only country with a credible a nuclear umbrella to protect its friends and deter its enemies;

To show Russia’s seriousness in the Middle East, President Putin has paid personal visits and kept contacts with all the players, including the Sisi regime in Egypt, Israel, Syria’s Assad, and Saudi Arabia.

Who has smoking gun?

Syrian President Bashar al Assad has now survived two years of civil war, and indeed he is even winning it.Only foreign intervention especially by the United States could defeat him. If so why he would do the one thing Obama said would trigger US action? Since both sides have been highlighting atrocities carried out by the other to garner support from outside Syria, it is not beyond the bounds of possibility that some unscrupulous rebel faction could have launched a so-called ‘false flag’ operation to discredit the regime even further.

At the moment, it is difficult to see what desperate situation would have caused al Assad to use chemical weapons and risk the worst. His opponents however have the motivation – using chemical weapons to force the United States to intervene and depose al Assad. It might be possible that lower-ranking officers in al Assad’s military used chemical weapons without his knowledge and perhaps against his wishes. While all options are open what happened in relation of chemical weapons from my perspective it is crucial to wait untill we know more, for example after investigations made by U.N team. 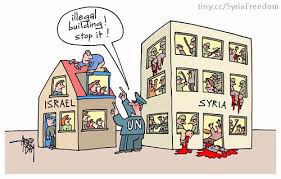 Btw the latest news out of Syria is confirmed, namely that the the Syrian army has discovered rebels’ storehouse in the Damascus area, where toxic chemical substances, including chlorine, have been produced and kept,

In normal cases the United States and its coalition partners, are using humanitarian pretexts to pursue otherwise unacceptable geopolitical goals and to evade the non-intervention norm and legal prohibitions on the use of international force. This false pretented humanitarianism has become a legitimizing ideology for projection of U.S. hegemony in a post–Cold War world. For example NATO intervention in Kosovo was conducted largely to boost NATO’s credibility. With case of Syria US doesn’t have big geopolitical interests to go war, the main cause might be that Obama draw his red line – use of chemical weapon – and he now have to act on the red line principle or be shown to be one who bluffs. If Obama doesn’t act this would show US weakness.

Despite how US acts one should notice that there is already lot of foreign intervention in Syria: Russia, Hizbollah etc are giving weapons and support to al Assad regime; US, Saudis etc are giving weapons to sc freedom fighters; Qatar etc are financing al Qaeda’s fighters and Kurds get support e.g from Iraq. US might launch its air-strike but bottom line is that foreign fighters have already their boots on the ground. The Israelis are privately reluctant supporters of the al-Assad regime. It is a known quantity, with whom negotiation within established parameters is possible. The alternative, of divided Sunni Islamist politics presenting a potentially existential danger to the Jewish state and the region as a whole, is all the more destabilising. EU is bystander as usual however ready to throw their money in when dirty job is done.

In my opinion the majority of the people of Syria are calling out for peace and reconciliation and a political solution to the crisis. The probable short term result will be dissolution of Syria – some kind of new balkanization or Somalization as it already happened in Iraq. The country might fragment, as Kurds and Alawites form their own mini-states. The positive outcome might be that second piece– after North Iraq – of Kurdistan will be established while it remains to see when regions from Iran and Turkey will join to this long-felt need. 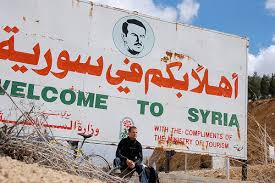