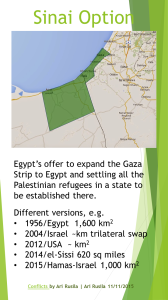 Post reports that Palestinian Authority President Mahmoud Abbas was quoted on Monday [9th November 2015] as claiming that Israel and Hamas have been conducting direct negotiations to expand the Gaza Strip so that it would include some 1,000 square kilometers of Sinai. Abbas, who was recently visiting in Cairo, told that the idea of slicing off land from Sinai to expand the Gaza Strip was first proposed by ousted Egyptian President Mohamed Morsi.

Abbas said that he knows the names of the Hamas and Israeli negotiators, but did not mention them. He said that former British prime minister and Quartet envoy to the Middle East Tony Blair is supervising the purported negotiations between Israel and Hamas. Abbas told that he opposes the idea of annexing any part of Sinai to the Gaza Strip.

History of the Sinai option

The Sinai option indeed is not a new option to solve Egypt-Gaza-Israel conflict. According Middle East Monitor (MEMO) report [01 September 2014 ] Egypt offered Palestinian Authority’s President Abbas a Palestinian state in Sinai. Egyptian President Abdel-Fattah el-Sissi offered Palestinian Authority 620 square miles of land adjacent to Gaza in exchange for relinquishing claims to 1967 borders for the purpose of establishing a Palestinian state. PA President Abbas reportedly rejected proposal. Speaking in a meeting of Fatah leaders in Ramallah, Abbas said: “The plan, which was proposed in 1956, included annexing 1,600 square kilometres from the Sinai Peninsula to the Gaza Strip in order to receive Palestinian refugees.” He continued: “The plan is being proposed again, but we refused it.” One idea with offer was to resettle “Palestinian refugees” in the Sinai. 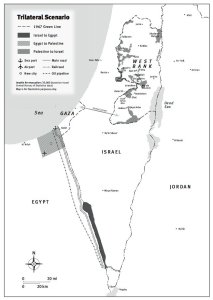 A similar idea was floated some eight years ago by Israeli academics, but it was rejected outright by the regime of then-Egyptian President Hosni Mubarak. Experts surmise that Sisi’s generous offer stems from Egypt’s current difficulty in controlling terrorist groups based in the Sinai Peninsula. Source: Israel Hayom

According Middle East Eye (MEE) the scheme became the centrepiece of the 2004 Herzliya conference, an annual meeting of Israel’s political, academic and security elites to exchange and develop policy ideas. It was then enthusiastically adopted by Uzi Arad, the conference’s founder and long-time adviser to Benjamin Netanyahu, the current prime minister. He proposed a three-way exchange, in which the Palestinians would get part of Sinai for their state, while in return Israel would receive most of the West Bank, and Egypt would be given a land passage across the Negev to connect it to Jordan. (This and more plans in Herzliya Papers )

The plan probably originated with Giora Eiland, Israel’s national security adviser from 2004 to 2006. According Eiland’s Plan in 2004 that Israel hoped would be implemented after the withdrawal of settlers and soldiers from Gaza – the so-called disengagement – a year later. Under Eiland’s terms, Egypt would agree to expand Gaza into the Sinai in return for Israel giving Egypt land in the Negev. Eiland’s plan also stipulates that the Palestinians would be granted sovereignty over 89 percent of the West Bank as part of a final settlement to the decades-old conflict. ( More about Eiland’s Plan also in my document library )

According the Arab newspaper Asharq Al-Awsat (HQ in London but with strong ties to the Saudi royal family) the Egyptian source said a similar proposal was put to Morsi when he came to power in 2012. A delegation of Muslim Brotherhood leaders travelled to Washington, where White House officials proposed that “Egypt cede a third of the Sinai to Gaza in a two-stage process spanning four to five years”.US officials, the report stated, promised to “establish and fully support a Palestinian state” in the Sinai, including the establishment of seaports and an airport. The Brotherhood was urged to prepare Egyptian public opinion for the deal. 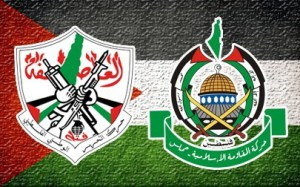 There is some speculations that, were Isis’s influence to expand further in Gaza or Egypt’s adjoining Sinai peninsula, Hamas could end up forging a common cause — openly or otherwise — with either Israel or Egypt; co-operation between Hamas and Egypt, and between Hamas and Israel might be the outcome.

In my opinion annexing part of Sinai to Gaza as might partly solve Arab-Israeli Conflict. In addition Hamas-Israel Deal could pave way for the ‘Cold Peace Solution’ and beyond. (More in Hamas and Israel on Verge of the Deal )

Hamas and Israel on Verge of the Deal