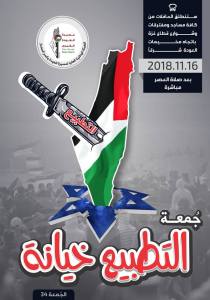 War or cease-fire? Following the botched undercover IDF operation, Hamas fired hundreds of rockets and mortar shells at Israel while Israel Air Force responded with massive airstrikes in the Strip. In few days, a cease-fire was reached and relative calm has since been maintained. However Israel’s Defense Minister, Avigdor Liberman, resigned – political crisis was created while people from border communities demanded stronger actions against Hamas and Prime Minister Binyamin Netanyahu is struggling to save his government.

With these kind of recent events the urgent question is how is the Israel government’s Gaza policy developing in coming days/weeks/months. From positive side Israel today has several options related to Hamas and Gaza; negative side is that none of these options are good, ideal nor easy to implement.

The recent escalation in Gaza started when an undercover IDF group – dressed in civilian clothes – clashed with Hamas in Khan Yunis, a city in the south of the Gaza,on November 11. The team was installing an advanced surveillance system, listening device, according to Palestinian sources. The Israeli group killed seven members of Izz ad-Din al-Qassam Brigades including its commander, lost their own commander and escaped into Israel with the help of air support. The incident was followed by a barrage of some 460 rockets and mortars fired from the Gaza Strip into Israel and Israel Air Force responded by firing more than 160 missiles that fell throughout the Palestinian enclave. Hostilities were halted on November 13, when Hamas declared a unilateral ceasefire brokered by Egypt. After the incident Israel’s Defense Minister, Avigdor Liberman, resigned – political crisis was created and there is good change for early elections for Knesset in Spring 2019.

Related to the botched operation, aired live on the Hamas-affiliated Al-Aqsa TV, Hamas’ Gaza City Deputy Chief Khalil al-Hayya claimed that the Israeli undercover incursion was significant. The Israeli troops planned to use to wiretap the Hamas’ internal communications system. Had it been able to “install the surveillance equipment”, the undercover team would have given Israel the ability “to kill, hack and abduct”, and it would have “possibly made it easy for [Israel] to discover tunnels and other” activities pursued by Hamas, according to the Palestinian side. It was reported that during the most recent round of escalation Hamas’s security forces in the Khan Yunis region carried out an operation to locate Palestinians who had collaborated with Israel . According to reports, a number of suspects were detained.

Six death sentences handed out by the Hamas terror group on 3. Dec. 2018 to Palestinians who allegedly “collaborated” with Israel, a Hamas-controlled court also sentenced another eight defendants in Gaza to prison for various periods.The verdicts in the six most recent cases were linked to a botched undercover Israeli commando raid .

Information is mainly one-sided as Israel has imposed broad restrictions on media reporting of the incident.

After the most recent round of escalation and the ceasefire ending it the “return marches” and mini-flotillas continue. Hamas, which is currently interested in calming the situation in order to advance its contacts for an arrangement, has lowered the level of violence (by preventing exceptional clashes, preventing rioters from approaching the border fence and preventing the launching of incendiary kites and balloons).

The Meir Amit Intelligence and Terrorism Information Center (ITIC) reported [28th Nov. 2018], that the past week Hamas continued to supervise reducing the level of violence at the weekly events (the “return march,” the mini-flotilla and the demonstration in the northern Gaza Strip). There were no exceptional clashes with the IDF and no use was made of incendiary kites and balloons. Hamas’ objective was to ensure the continuation of the talks for an arrangement and an internal Palestinian reconciliation as this past week a delegation of senior Hamas figures held talks in Cairo.

Sure Hamas has reduced violence in Gaza-Israel borderline but the West Bank is an different issue. The Israel Security Agency reported that in September 2018 a Hamas network was exposed. The network planned to carry out attacks in Israel. To that end, Hamas’ military wing recruited operatives in Judea and Samaria and taught them to make IEDs. To transmit messages to operatives in Judea and Samaria, Hamas used residents of the Gaza Strip who had permits to enter Israel for life-saving medical treatment (a modus operandi familiar from the past). 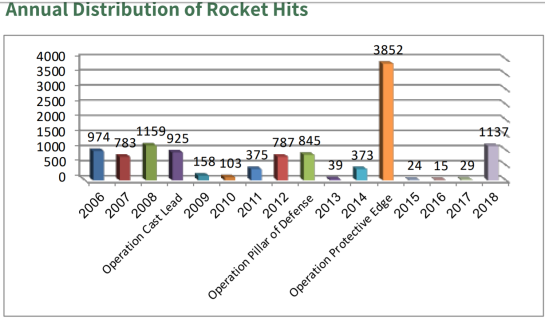 From positive side Israel today has several options related to Hamas and Gaza; negative side is that none of these options are good, ideal nor easy to implement.

Most popular option in Israeli border communities might be destroying Hamas. This can be made with two methods:

The first option is cheap and effective but cause huge human casualties in Gaza even when Israel gives warnings before bombing as usual. Probably great part of Gazans would flee to Sinai but great part would stay if Hamas coerces them to act as human shields. Using this option would lead huge international opprobrium, maybe even to isolation. However main obstacle of this option is IDF ethical code – Tzahal, which has widely accepted values – such as respecting human’s life (also enemies), purity of arms etc – not only in army but in society in general.

The second option is very expensive and both sides would suffer heavy casualties, human and material, during operation/war and what even worse these huge costs would continue perhaps decades. Sure in Gaza would be more like Israeli military government than even facades of democracy and Israel would suffer international opprobrium decade or more.

Both Hamas and know Israelis that despite the fact that Israeli border communities and Gazans suffer, Gaza isn’t causing most Israelis enough troubles to make them willing to destroy Hamas or reoccupy the territory. Hamas understands the “red lines” very well. That’s why it deliberately confined itself to bombarding the south, despite having missiles capable of reaching most of Israel. It wanted to cause as much pain as possible without crossing the threshold that would provoke Israel into war — and it succeeded.

The third and forth options are both short-term fixes:

Restricted land operation is like small-scale war like in 2014 (Operation Protective Edge aka Gaza War 2014) or in 2012 (Operations “Returning Echo” and “Pillar of Defense”) or in 2008-09 ( Operation “Cast Lead” aka Gaza War). All these operations created few years peace, there were moderated casualties and moderate international opprobrium. Any of these operations did not seriously harm Hamas and its ability to build stronger army for next round.

Long-term ceasefire – “Hudna” might bring a similar period, than before clashes of quiet, and it has several obvious advantages: no deaths, no international opprobrium, and greater support within Israel. At best this option gives some positive vision for future: Hudna can lead to Gaza reconstruction with international Aid and it can be the first step of implementation of regional peace process (or maybe first part of coming “Trump’s Plan” aka “Deal of Century”). The core idea is to develop welfare in Gaza and so reduce motivation to violence.

The fifth option keeps the status quo, it is the Zero Option and has no progress nor vision for better future. It implements “tit for tat” strategy and both Gazans and Israeli border communities suffer even more than today as attacks and response might be more effective.

According The Meir Amit Intelligence and Terrorism Information Center since the most recent round of escalation Hamas-Israel deal – or arrangement or hudna – is currently being formulated between Hamas and Israel. The deal is based on understandings achieved before the most recent round. According to the understandings, there will be quiet in return for easing the “siege,” in two stages. In the first stage, which will last for about two weeks, Israel will allow fuel for the power plant and financial aid to enter the Gaza Strip, and extend fishing waters to 12 miles. In the second stage, which ill take about half a year, fishing waters will be extended to 20 miles, a new electric line will be laid from Israel to the Gaza Strip, and gas pipes will be laid for the power plant. In addition, Gazans will be allowed to export merchandise, especially to Judea and Samaria, and restrictions on movement will be eased. According to reports, as part of the understandings Israel will agree to advance the establishment of a sea lane to the Gaza Strip.

Hamas was established as a social-religious movement, has transformed from a terror organization into a semi-state actor – or de facto a governing entity – in control of the Gaza Strip and its population. There is big probability that Hamas in post-Abbas era will replace Fatah as leader of the Palestinian national movement and gain inter-Arab and international legitimacy. Hamas has real support on the grassroots and they are leading Palestinian power in struggle against Israel.

General Tamir Yadai, head of Israel’s Home Front Command, issued a frightening warning [28th Nov. 2018] to Israel’s citizens: ”The days are past, when we’ll be fighting in the North or in Gaza, and folks will be drinking coffee in Tel Aviv.” Although Tel Aviv and Israel’s central region have been relatively untouched by Hamas rocket fire and incendiary bombs over the last eight months of hostilities, Hamas rocket capabilities have clearly improved since Israel’s last incursion into the Gaza Strip during Operation Protective Edge in July-August 2014. Though only guesstimates, Israeli citizens in the south living under the rocket fire say the rockets are at least five times more powerful than what they remembered from four years ago. From the north, Israel faces a still greater threat. Hezbollah is considered the world’s strongest non-state actor, fielding a medium-sized army and a large arsenal of rockets estimated at around 130,000. (Source WIN )

In ongoing political crisis PM Netanyahu got support from former chief of staff and current political hopeful Benny Gantz, who spoke against “Exploiting our just defensive war for personal or political gain.”

According Debkafile shortly after Avigdor Lieberman resigned as defense minister, the IDF (or ”anonymous “military sources”) rated as “low” the level of the Hamas threat, and maintained that Hamas does not want a confrontation. And their conclusion: “This was no time for a [major military] operation.” They advised capitalizing on Hamas’ “weakness” to press forward with the diplomatic process. 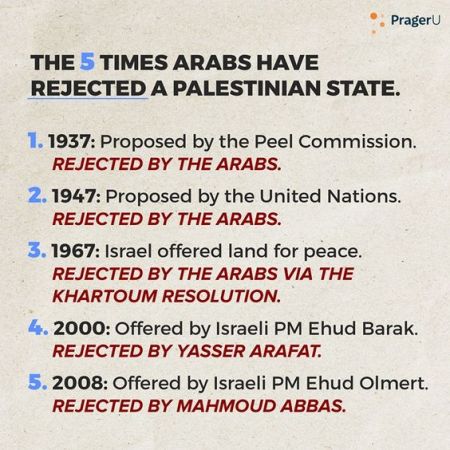 The relations between Egypt and Hamas have been one of the core questions in (partial) Israeli-Palestinian peace process. Besides ongoing process of Hamas-Israel ceasefire deal Egypt has a decisive role if sc ‘Sinai option’ (more in Sinai Option again) will go further as partial solution to conflict.

From my point of view now is the right moment to explore the regional alternative based on maybe soon coming American plan. In my opinion “regional peace process” can be implemented by Egypt, Jordan and Israel and instead of Arab Peace Initiative be based on Sinai and Jordan options. A major emphasis will be placed on economic investments for the Palestinians, as well as regional cooperation, anti-terror measures and normalization of relations between the Arab states and Israel, on the basis of the 2002 Saudi peace initiative. First step could be long term truce – hudna – according Hamas-Israel deal. During this it is possible to develop civil society in Gaza and so reduce motivation to terror. If there is no progress in short term so then the best way forwards from my perspective is Israeli unilateral actions hopefully based on “Constructive Unilateralism” approach. 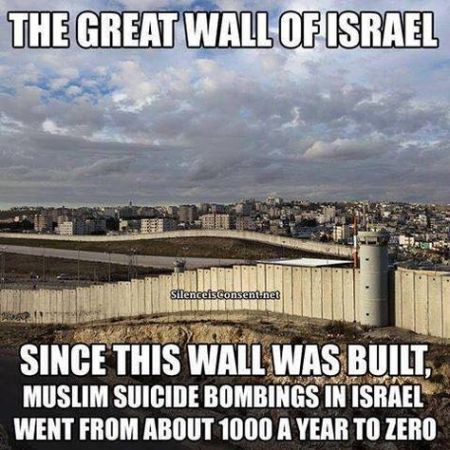